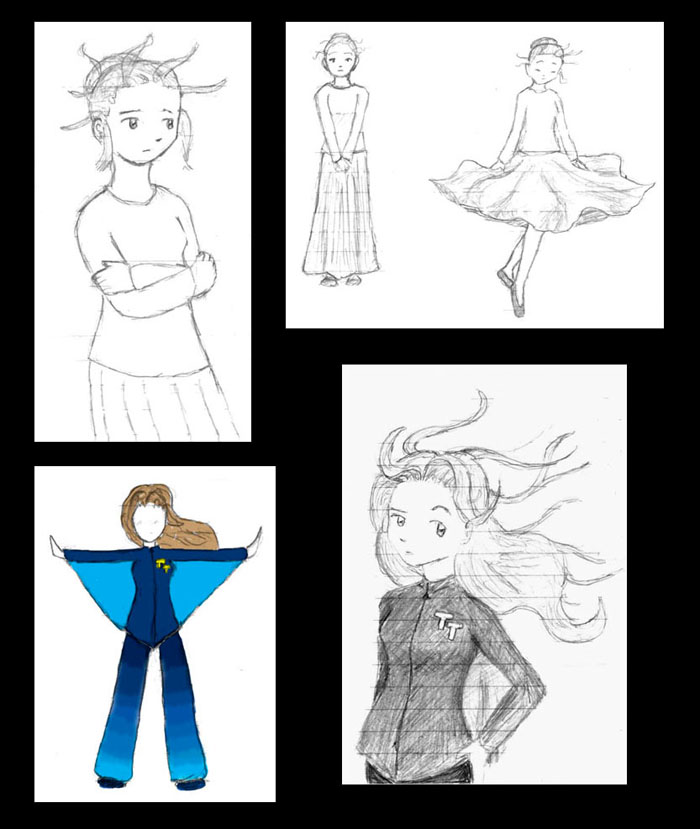 Sandy Duncan appears in the Storium games Galvan Academy (as an NPC), and Galvan Academy – Uprising; games about super-powered teens. But she has a ‘storied’ history as a character I played during a GaiaOnline RP, and these are sketches of her from 2006! That is very long ago! And I still found these in my digital archives!

The top two images are of her ‘normal’ appearance. She has the ability to manipulate the density of things (pretty much like having gravity powers, let’s be honest here), so that’s why everything’s all floaty. The bottom two are from later in the story where she joins a superhero team. Hopefully with someone who has wind power or else those wings aren’t doing much.